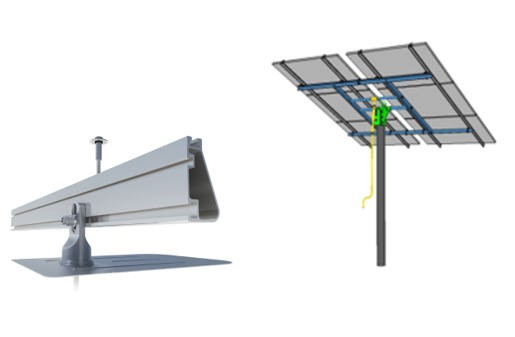 Correct mounting of your solar panels is important to maximize production, provide proper directional and latitudinal orientation, and to provide the stability needed to protect your investment from the force of the wind. Which solar panel racking is best for your application will mostly depend on where you are installing your solar array; on your roof, the ground, or on a pole.

Not sure what type of mounting or racking system is best for you?

Find out more by reading below, or use our Solar Racking Design Form to provide details about your project. We’ll get back to you soon with recommendations for your specific application. 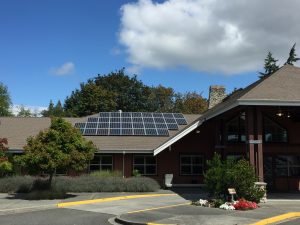 The most common place to put residential and commercial solar panels is on the roof. And because there are so many different types of roofs – pitched, flat, curved; composition, standing seam metal, screw-down metal, tile, rubber, concrete, asphalt, green (living); single-facet, multi-faceted; and more – there are a lot of different product options for mounting a solar array on top of your building.

When exploring your options for a rooftop solar mounting system: 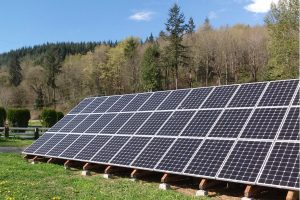 A ground-mount or pole-mount solar panel system is installed on the ground rather than on the roof of a building.  This allows the solar panels to be placed anywhere on the property and mounted at any height, from a few inches to many feet off the ground.

What’s the Difference Between Ground Mount and Pole Mount Solar?

A ground-mount solar racking system is a metal frame anchored to a foundation. A pole mount system is one or two galvanized poles that are secured in the ground (typically driven or with a concrete footing) and hold a metal frame up off the ground.

Consider a Ground or Pole Mounted Solar Array if: 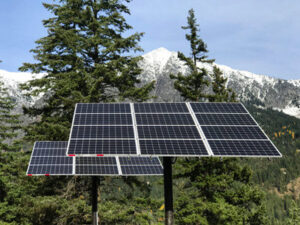 A solar tracker is a special type of solar mounting device that automatically follows the position of the sun in the sky.  Solar panel trackers are used to maximize the output from solar panels by keeping them oriented directly toward the sun as it moves through the sky every day.

When FMS was founded in 2001, and for a number of years after, solar trackers often made sense for non-concentrating solar arrays in areas with limited fog and clouds. One reason was that solar panels were very expensive ($4.28 per watt for a 125-watt panel), so adding a tracker at anywhere from $600 to $1,000 per panel to pick up an additional 20% to 30% power could end up costing less than increasing the size of the array.

Today, however, the cost of solar is significantly cheaper, while trackers are not. In 2019, we are selling high quality 310 watt U.S. manufactured solar panels for $230, or $0.74 per watt. Here’s the rest of the math:

If you take the math further, you will see it would cost approximately $8,300 on the cheap end to get 4,030 watts of rated capacity using a tracker, but only about $4,300 using a fixed ground mount system. Or to look at it in even another way, for the same $8,300 investment as a 4.03 kW tracking array, you could get 7.75 kW of solar on a fixed mount system.

Though there are a lot of other components needed for a working array, this general comparison illustrates our point: You can get much more power for much less money by adding extra solar panels instead of a tracker. Plus losing the tracker provides the added benefit of no moving parts that will need maintenance or could break.

How to Size a Grid Tie Solar System Part 2

How to Size a Grid Tie Solar System Part 1