With Alana Nelson of Fire Mountain Solar and numerous allies from the Solar Installers of WA looking on. Alana is to the Governor’s immediate left in blue and white.

Passage of the Solar Jobs Bill: A Win for Washington

Signed by Governor Jay Inslee on July 7, 2017, the Solar Jobs Bill is the result of countless hours of effort led by industry trade association Solar Installers of Washington (SIW), of which Fire Mountain Solar owner Alana Nelson is a founding board member. With key legislators in both parties authoring and backing the bill, SIW recruited a strong and broad coalition including manufacturers, suppliers, utilities, environmentalists, clean tech industry leaders, Democrats, Republicans, Independents. After numerous public hearings over the past four years, and many amendments and versions, the bill passed with overwhelming support from both the Senate and the House in the wee hours of the morning on July 1, 2017.  The successful passing of the new program is in large part due to the more than ten thousand people who joined SIW’s Solar Strong WA campaign and repeatedly contacted their legislators to voice their support.

Alana Nelson has served on the SIW Board of Directors since inception in 2013, and she was with Governor Inslee in Olympia when he signed the bill. (Immediately to the right of Governor Inslee in the photo)  “This legislation is critical to providing the certainty businesses need to retain existing and add additional employees, and for continued solar adoption. It was exhausting and exciting to be a part of the process over the past 4 years. In the end, the overwhelming support it received from the public, solar stakeholders, both branches of the legislature, and the Governor confirmed to me that solar’s significant contributions to Washington’s economy and toward protecting our environment are broadly recognized and appreciated,” remarks Alana.

The purposes of the new program are outlined in the bill. They are important because they provide the legislature clear guidelines to determine whether or not the program is successful at meeting the intended goals. In summary, the new program is designed to:

Furthermore, the legislature found that “stimulating local investment in distributed renewable energy generation is an important part of a state energy strategy, helping to increase energy independence from fossil fuels, promote economic development, hedge against the effects of climate change, and attain environmental benefits.”
​
You can read the bill, see the testimony at public hearings, and see how your legislator voted by following these links.

The new Solar Incentive Program is building on the previous cost-recovery incentive program enacted in 2005, which created the bonus incentive for Made in Washington solar panels and inverters, and which significantly increased solar adoption throughout our state. The new program will support further solar adoption and job creation by incentivizing systems installed now through 2021.

The new program replaces the existing incentive program which had essentially served its purpose of launching an in-state solar manufacturing and installation industry. For the early adopters who are currently part of the existing program, their incentive payments will continue through the original end date of 6-30-2020 and then end, with the payment rate per KWH fixed at the 2016 payment rate and additional money (tax credits) provided to utilities to make those payments. Participants in the current program will be required to submit recertification paperwork by April 30, 2018, to continue receiving their incentive payments.

The new incentive program begins 10-1-2017 and Program Administration moves from the Dept of Revenue (DOR) to the WSU State Energy Office in Olympia. The details and tasks of certifying systems to receive incentives, certifying Made in WA solar modules, data collection and analysis, and providing transparency to the public are outlined in the legislation. The State Energy Office now begins the process of creating forms, systems, a website, consumer protection strategies, and rules on how the new program will work. Data collected will help in evaluating progress and success of the new program. Participants will pay a one-time fee of $125 which will provide funding for setting up the tracking and certification systems.

Details of the New Incentive Program

Incentives are paid to approved system owners based on classification of the system and are paid once a year based on the state’s fiscal year. The rate depends on which fiscal year the system is placed into service and that set rate will be paid for 8 years or until the owner/participants have earned back 50% of the total system cost (sales tax included), whichever occurs first. The start year determines the rate.

Window of Time Between Old and New Programs

People or businesses who go solar between July 10 and September 30, 2017 can choose to be in the old program or the new one. Either way, systems sized 1 to 10 KW are state sales tax exempt, and larger systems earn the existing sales tax refund, when installation is completed by September 30, 2017.

The sooner you go solar, the more you’ll earn back through the state and federal incentive programs. So, if you are interested and live in Washington State, contact Fire Mountain Solar right away, 360-422-5610. If you already have solar, tell your friends, “Now is the time to go solar.” 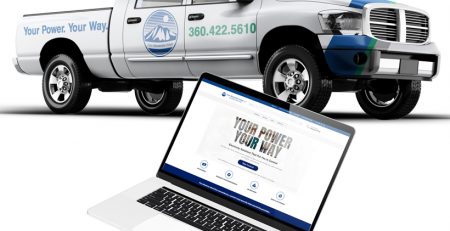