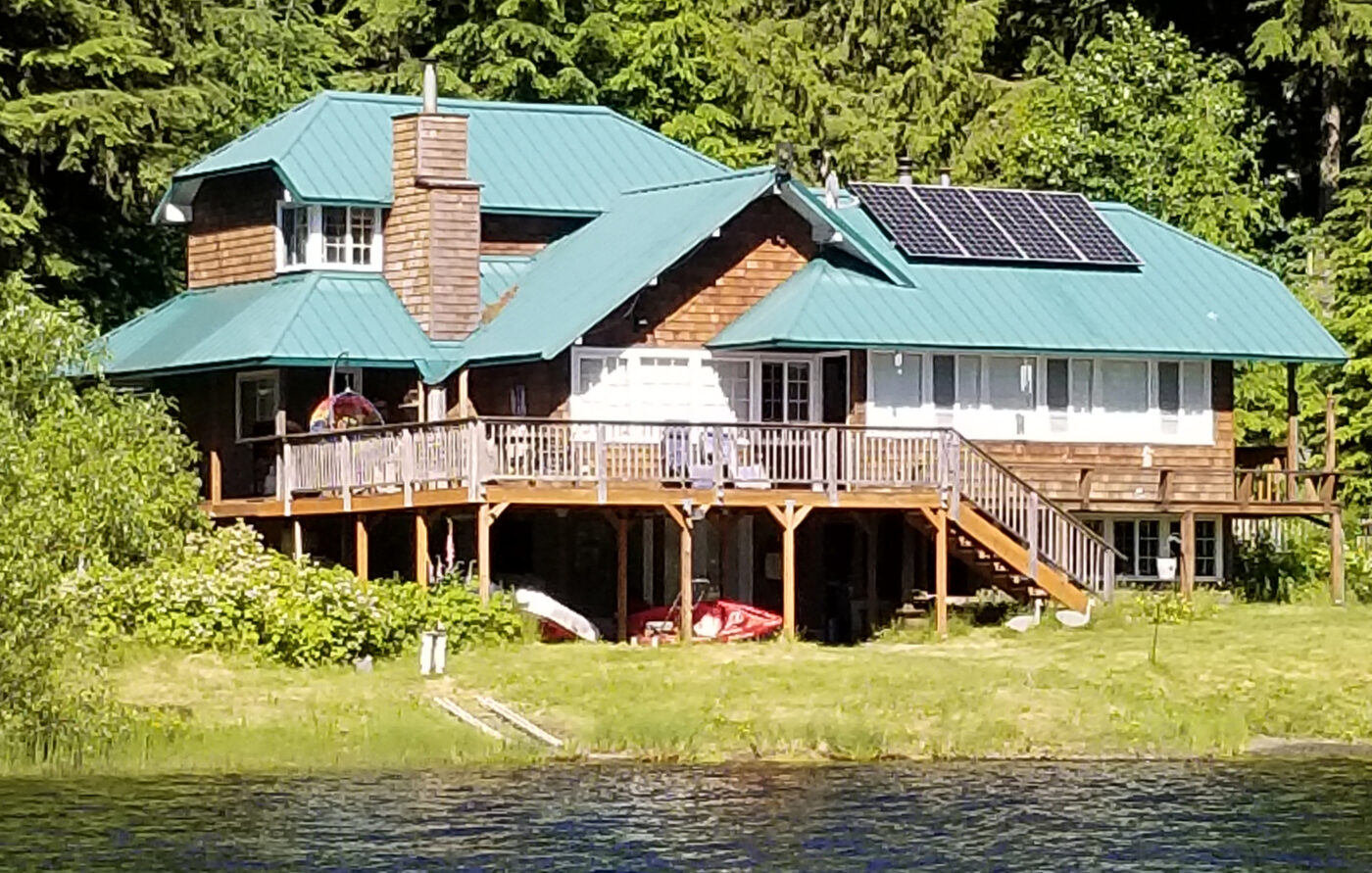 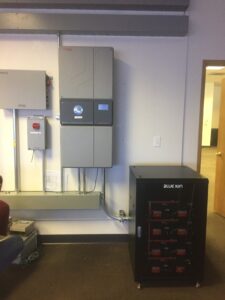 Choosing a battery for your power system is an important decision. At Fire Mountain Solar we want you to be able to make the most informed decision possible. With lots of new and legacy battery technologies, and almost endless applications for homes and businesses, it can get confusing. We are here to help.

There has been a lot of hype about lithium ion batteries over the last few years, and many people aren’t sure what to believe. Here we will to break down some of the major myths, and explain how lithium batteries for solar can be safe and effective components of a renewable energy system for your home or business.

Let’s start with the basics, just so we’re all on the same page. Energy.gov gives a great explanation of why lithium is used in battery technology; “Lithium is a lightweight metal that an electric current can easily pass through. Lithium ions make a battery rechargeable because their chemical reactions are reversible, allowing them to absorb power and discharge it later.” When compared to legacy technology like lead-acid batteries, lithium options can seem expensive. However, with their advanced, maintenance free technology and longer usable lifespans, lithium battery backup systems are much more cost effective over the life of your system than the cheaper chemistries, despite their higher upfront investment.

Types of Lithium Batteries for Solar

There are two main types of lithium batteries that are commonly used in renewable energy systems. These are Lithium Ion and Lithium Iron Phosphate. Lithium Ion (Li-ion or Li+) batteries commonly use lithium cobalt oxide (LiCoO2) or lithium manganese oxide (LiMn2O4). Lithium Iron Phosphate (also known as lithium ferrophosphate, LFP or LiFePO4) batteries are a newer technology that use a different chemical compound to create the energy storage chemistry required for a battery. Let’s take a look at each of them individually.

Lithium Ion compounds are effective for use in battery technology because of the chemistry and energy density of the chemical compounds. The lithium ion technology was invented in 1979 and became popular in consumer products in the 1990s.

However, this chemistry has a downside – these compounds heat up during charge and can cause an exothermic reaction if the battery is damaged, overheated, or contaminated; aka they can explode. This happens because the compounds are not chemically stable when they come into contact with oxygen or other contaminants. The compounds break down, releasing heat extremely quickly – causing the thermal event, “Safety is a full-fledged design feature with lithium-ion batteries, and for good reason. As we’ve all seen, the chemistry and energy density that allows lithium-ion batteries to work so well also makes them flammable, so when the batteries malfunction, they often make a spectacular and dangerous mess.” (RELiON)

The most recognized brand of Li-ion batteries for solar is the Tesla Powerwall, which advertises a “liquid thermal control” to ensure safety. While safety features are obviously very important, they add costs, weight, and the potential for failure. This is not something that is necessary when using a battery that offers a more stable chemical basis on which it functions.

Lithium Iron Phosphate (LiFePO2) batteries are a newer lithium compound; however, the iron phosphate compound is much more chemically stable than the lithium ion compounds (Li+). This means that they do not heat up when charging, and they can withstand the types of situations that would cause a lithium ion battery to become dangerous. This stability not only offers advanced safety, it also means that lithium iron phosphate batteries have a longer life, “Due to their constant voltage and safe discharge, [LiFePO2] … are well suited for applications that require high-load currents and endurance. They are easy to store and carry due to their light weight and ability to provide huge amounts of energy” (Technopedia). With both types of batteries available for various performance specifications, it is hard to beat a LiFePO2 battery’s longer life and safer performance.

Another advantage to lithium iron phosphate is that is it considered a nontoxic chemical compound – something that cannot be said for other lithium ions commonly in use. This means safer production, safer use, and safer recycling at the end of the battery’s useable life. Safer can also mean cheaper and/or a much better warranty provided by the producer. It can also mean that when you eventually need to replace your battery storage, it will be easier and cheaper to have your old battery recycled. Depending on the application, Fire Mountain Solar usually recommends the use of RELiON or Blue Ion LiFePO4 batteries when a lithium battery is the best solution. Both use the safe LiFePO4 lithium technology.

At Fire Mountain Solar we strive to serve our community through providing the best power solutions for our clients. We want to ensure our clients get the absolute safest technology with the best warranty available. This is why LiFePO4 based battery chemistry is our preferred product for lithium battery applications.

How to Size a Grid Tie Solar System Part 2

How to Size a Grid Tie Solar System Part 1